Türköz's keen individuality, a blend of Central Asian narrative tradition and jazz improvisation, cannot be without influence from the fact that her parents had fled East Turkistan as refugees and made their way to Turkey over the course of more than ten years. Kawasaki and Akinci, utilizing the high level improvisation techniques, will explore the connection between 'self' and 'other', which will not likely be something reducible in meaning to national differences. Micari, through her unique expressiveness, which rouses the imagination of the audience, will undoubtedly liberate the body movement from its subordination to the music. The creative process of these five individuals from completely differing backgrounds is expected to produce a harmony as well as a deliberately persisting sense of heterogeneity. Standing at the center of this subtle balance and giving it a sense of wholeness is Kunihiro who displays a sure-footed compositional ability in his international theatrical collaborations. It is this harmony together with the diversity of elements that generates the power to create a new music and makes this project something to believe in.

The pieces will be developed for three weeks in Istanbul. The whole work will be comprised of eight musical scenes. The five performers together with these scenes will be allowed to freely 'migrate' through the joint creative process, recurring in altered forms and, in due course, bringing forth an evocative world of sound. It will be an original act of creation that cuts off a slice of 'now,' the present moment, where the migration of peoples is occurring on a global scale.

Organized by the Japan Foundation, Cairo, and Cairo Opera House

Organized by the Japan Foundation, Budapest

As part of “Es schneit im April” – a Passion and an Easter celebration on the occasion of the 100th anniversary of the Armenian genocide “Dede Korkut – Unplugged” is performed at Maxim Gorki Theater in Berlin.

Dede Korkut – The Story of Tepegöz

A Co-Production by the Dresdner Sinfoniker, the Maxim Gorki Theater Berlin and HELLERAU – European Center for the Arts Dresden

In Turkey and Central Asia, the heroic tales of Dede Korkut – the singing and lute-playing sage of the Oghuz – are recounted with the same esteem as that preserved for the Nibelungenlied in Germany. A brutal rape led to the birth of the »Cyclops« Tepegöz. Born into an alien world, he was not only hated but also became the bitter enemy of the Oghuz, whose acceptance he desperately desired. This dramatic conflict forms the backdrop for a project that offers a dynamic amalgam of music, images, text, bodies and song. Marc Sinan’s work is based on documentary videos of Central Asian musicians which he and Markus Rindt filmed during their extensive journeys through Azerbaijan, Uzbekistan and Kazakhstan, along with video interviews with young Istanbul-based literati, philosophers and thinkers about their take on the story of Tepegöz. The Oghuzian narrative tradition teams up with the many resources of modern theatre and traditional music meets contemporary compositions, thereby opening up a dialogue between medieval folklore and the present day. 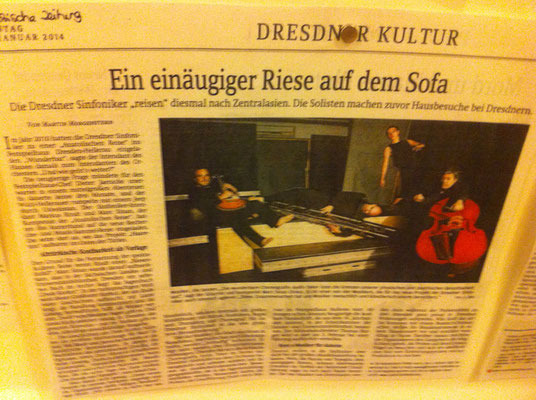 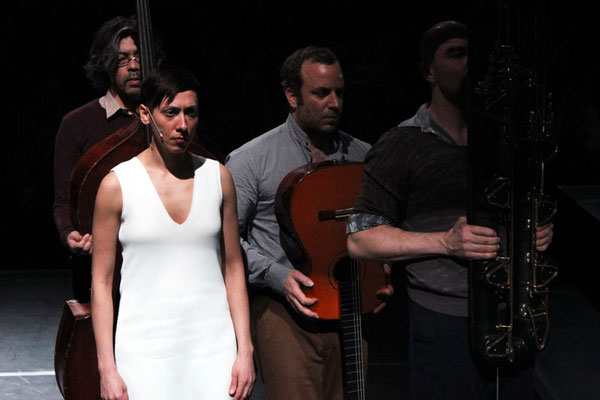 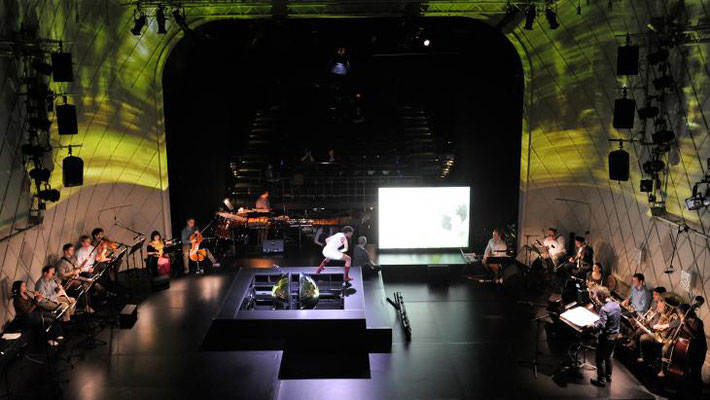 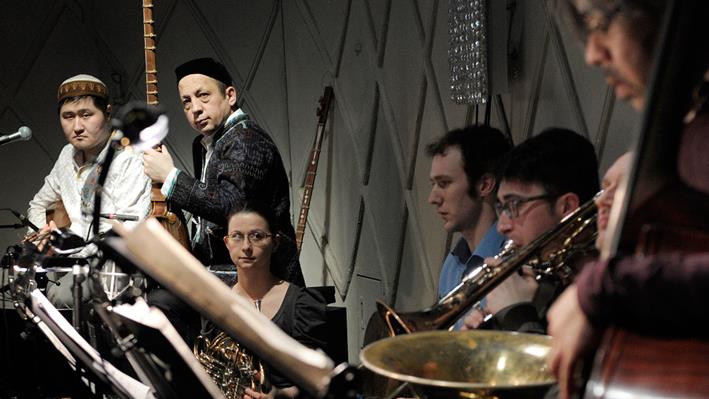 The primitive and punky opera "Momotaro" is a music theater, inspired by “Momotaro,” a parodic and anarchy adaptation of folk tale “Momotaro” (literally “Peach Boy”) by Akutagawa Ryunosuke, one of the most important Japanese authors (1894-1927). The piece will be performed by Jun Kawasaki (contrabass and movements) and Kazuki Kunihiro (voice and movements). 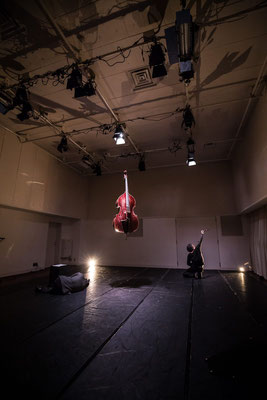